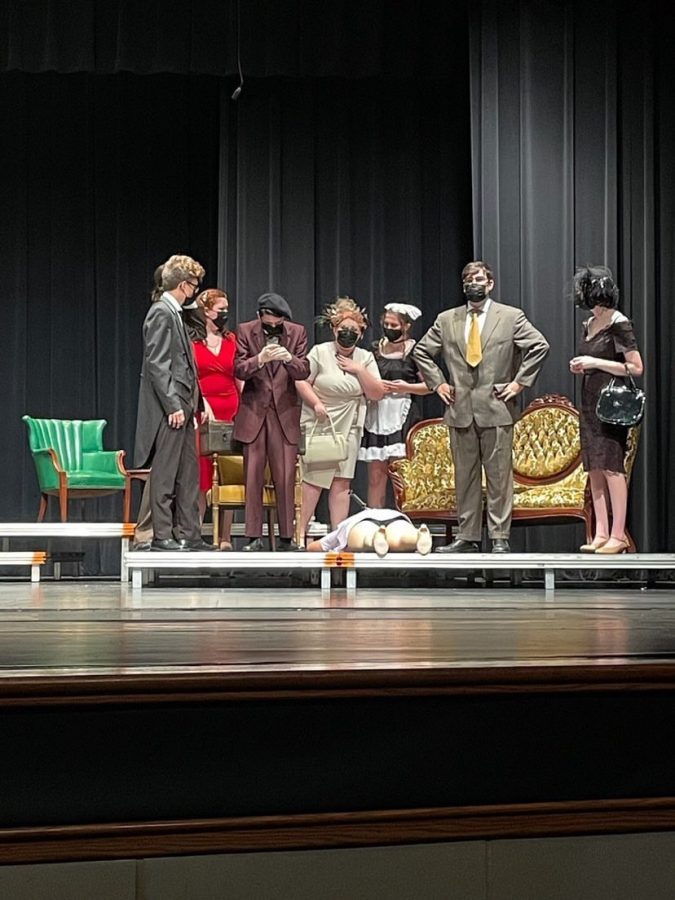 On October 21-23rd, Lincoln-Way West held a comedic and mystery inducing production of the classic board game and movie: Clue!

Witty and charming, the cast brought life to the stage as they have to solve the mysteries of a murder. Each character was brought together with one thing in common: they all were invited to the mansion by a man who knows each person’s dark secret. The story unfolds once a murder has taken place, leading each character to reveal a bit of themselves and trail the murderer with a few leads.

From Miss Scarlet’s sassy attitude to Mr. Green’s absolute clumsiness, laughs were drawn every scene as the cast cleverly delivered jokes. The cast did an amazing job embodying each character while keeping the secret of the murderer unsuspected. Alex Nelson, who acted as Colonel Mustard, fondly shares, ”What I loved about this character was his hilarious obliviousness and overall goofiness! I feel this character came relatively easier to me because while the lines were funny, you didn’t have to really act out those lines, they were much funnier said with complete seriousness!”

But, who is the killer?

That was the question of the night. After an outstanding laugh filled performance, the play came to a surprising conclusion to the audience’s unforeseen predictions as to who was the murderer. In a long line of amazing performances, Clue! will be remembered for its comedic humor, talented actors, and it’s surprising end. 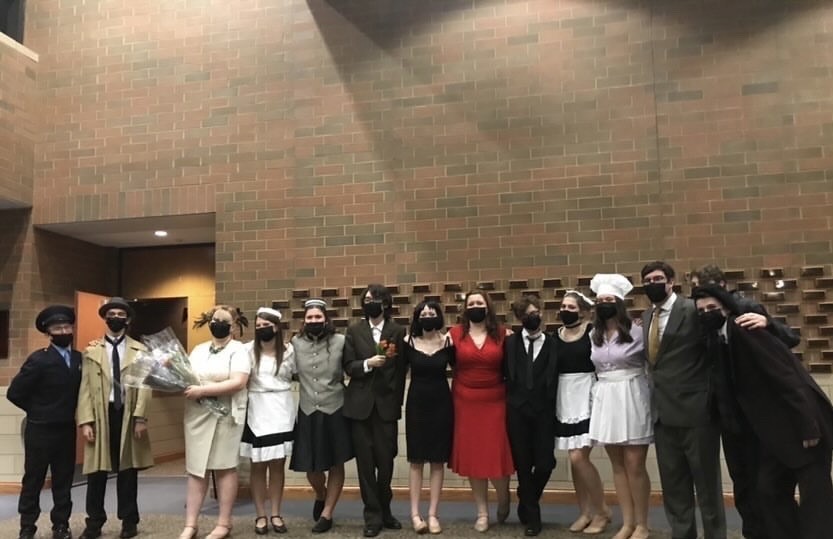